An increasing number of businesses are migrating their core IT environment to the cloud. Cloud computing offers these businesses a flexible and dynamic IT infrastructure, with on-demand availability of computing resources. Due to on-demand scaling cloud computing is also an interesting target for abuse. For people working in Digital Forensics and Incident Response (DFIR) this can mean you have to deal with a surge of security incidents at once [1].

Setting up an investigation-ready environment and responding to cloud incidents can be time-consuming. Already short-staffed DFIR teams need an efficient way to do this in order to keep up. This blog post introduces libcloudforensics, a library that is multi-cloud provider compatible and that provides a unified API that helps in reducing the time to set-up an investigation environment and automating part of responding to cloud compromises.

Core features of libcloudforensics include:
This post is part of a series of three. This first one will present an overview of the disk copying functionality.

Making disk copies in the cloud

In a non-cloud investigation it is common practice to make a bit-by-bit replica of the physical source disk (forensic copy). In the cloud, we do not have physical disks and creating a forensic copy from a disk usually involves the following steps:

Digital preservation in the cloud represents challenges: users have limited control over data content, format, associated metadata, and more generally of the execution environment. Moreover, cloud services offering are subject to change without previous warning, adding challenges to the preservation of digital evidence in the cloud [2].

Additionally, cloud instances (virtual machines) may have dozens of disks and typically all are relevant for the investigation. Manually creating forensic copies out of these disks through the cloud provider’s user interface is not scalable.

An additional complicating factor is that different cloud providers have different user interfaces and dealing with those during an investigation is cumbersome. Libcloudforensics addresses this problem by exposing a single API which will take care of these steps without any overhead. It also offers possibilities to carry out common lower-level operations useful when doing incident response, like listing and retrieving instances, disks, and more.

Setting up analysis VMs in the Cloud

Libcloudforensics allows you to automate the creation of analysis virtual machines with a predefined set of tools and configuration to conduct the investigation. Libcloudforensics allows you to:
Libcloudforensics gives you the ability to customize the VM’s image and its processing power, thus fully making use of available cloud computing capabilities. It currently uses a startup script, giving users a flexible way to install custom tools. By default, the library installs popular open source DF tools such as Plaso and TSK from the GIFT PPA.

Currently most cloud providers add new features every day. This means that libcloudforensics will continue to adapt to those changes. The next paragraphs discuss some changes that we are planning for.

Libcloudforensics currently supports AWS and GCP. We are looking into supporting Azure in the near future and will continue to work with the forensic community to see which cloud providers we should support.

The core functionalities of libcloudforensics need to stay up-to-date: both when new cloud API versions are released as well as when new artifacts are identified. This requires rigorous end-to-end tests for the library.

If you have questions, reach out on the Open Source DFIR Slack, there is a libcloudforensics channel.

If you want to contribute support or found a bug please open an issue or pull request on GitHub. 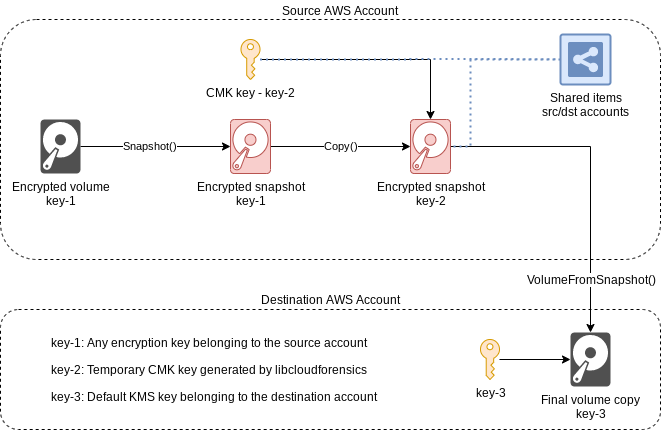 In a previous blog post, we briefly presented how libcloudforensics facilitates digital forensics investigation in the cloud. We recently added support for Amazon Web Services (AWS). In this blog post we will highlight solutions to the main challenges we faced while adding support for this cloud provider.Architecture and nomenclatureOne of the biggest differences between GCP and AWS lies in the way different cloud resources are structured. In GCP, a single account may work with multiple projects, with each project providing its own grouping of resources. These projects may in turn be grouped together within folders that all fall under a single organization. Identity and Access Management (IAM) policies can be applied at each of these levels: organization-wide, folder-wide, or project-wide. IAM policies can also be set individually for resources within a project.
In AWS, things are different. There are no “projects”. Instead, AWS recommends setting up multiple accounts for each team, an…
Read more 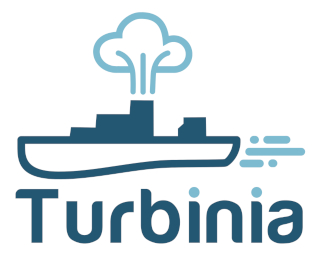 As companies and computing infrastructure grows and becomes more complex, so does the volume of data in security incidents. Scaling incident response to meet these growing needs can be challenging. This blog post will show how Turbinia might help you automate and scale to solve these problems.
Traditional digital forensic tooling is often focused on analyzing a small number of disks. However, in a large enterprise environment incidents can involve many computers or devices, centralized logs and various other artifacts. In these larger environments, the ability to process and analyze large amounts of data in parallel is necessary to respond in an efficient and quick manner.
Cloud Forensics Cloud environments present new challenges to digital forensic analysis, however, they also have some useful properties that can help you when doing digital forensics at scale. Before getting into details, let's distinguish between doing forensics “in the cloud” versus “on the cloud”:
Performing d…
Read more